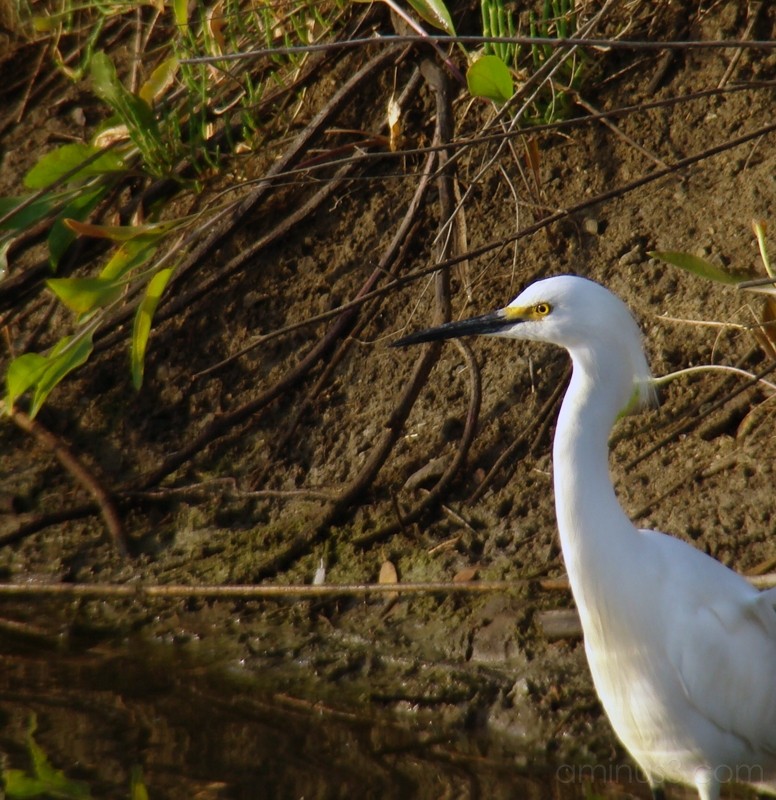 Previous Next
← previous day next day →

Posted by Craig (Vacaville, California, United States) on 6 May 2008 in Animal & Insect and Portfolio.

Egrets are not a biologically distinct group from the herons, and tend to be named differently because they are mainly white and/or have decorative plumes, and while having the same build as the larger herons tend to be smaller. Wikipedia.

Cool! The bird didn't notice you?

@Koushiro~光子郎: He was keeping a close eye on me and flew away right after this shot!

Another great shot of this bird

What a great capture Craig. I like how you have the eye of the heron as the focal point! Nice work.

great profile....I love the black beak to the yellow eye....

Nice work on this one. I enjoy watching egrets as they fish and hunt for prey.

a wonderful image of a gorgeous bird!

Great capture and detail on this shot!

There is this great piercing eye again, bravo!

You seem to know all the names of the birds, do you bird-watch? Very nice shot.

@Observing: No, I'm not a bird-watcher. But, I do enjoy photographing wildlife. I looked up the name of this bird because Dan (danthro) asked me about it yesterday. Thanks for your comments Observing!

Wonderful details of this magnificent bird - his eye especially! I wish you had more of him in the shot, he kind of falls off the image for me.....

@Chris: You can see the entire bird in yesterday's shot. Thanks for your comment Chris.

Superb capture of this beautiful bird!

beautiful shot. great framing too. it really does look snowy. a very beautiful bird by any name. well captured

What a beautiful bird!

I find these to be so beautiful. Nice capture.

Nice bird shot. Thanks for explaining the difference between egret and heron.

Great shot! Such sharp focus on the eye.

nice capture Craig! Looks like he was posing for you :-)

Truly splendiferous, Craig!! Love how he's framed in the right of the frame... brilliant.

This one looks like and actress entering the stage! It makes such an impression in its white robe!